As a child, comprehending your family’s story might seem cut and dry. Unusual circumstances might even feel unremarkable if it’s all you have ever known — even if your family’s history is well-known. On October 5, 1999, legendary climber Alex Lowe was tragically lost in a deadly avalanche on the Himalayan peak Mount Shishapangma. Miraculously surviving the avalanche was Alex’s best friend, climbing partner and renowned mountaineer Conrad Anker, who went on to marry Alex’s widow and help raise his three sons. This courageous, messy, intimate story of the blended Lowe-Anker family exposes grief, vulnerability, woundedness, misplaced guilt and ultimately — healing. As director Max Lowe steps out of his father’s shadow, he discovers a sense of acceptance and forgiveness. Bring Kleenex. 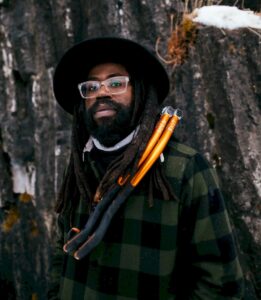 From disparate backgrounds seemingly worlds apart, Malik Martin and Conrad Anker bridge whatever divide our society has erected between them through brotherhood and heartfelt connection. Martin says of their atypical commonalities, “Conrad lost all his homies in the mountains, and I’ve lost all my homies in the hood.” This film is a testament to the maxim that we can sometimes find the most meaning in the unlikeliest of friendships.

This film brings recognition to flooding caused by deforestation. It is the story of a girl growing up with a tree that she becomes attached to. That tree later helps her through the floods. –Townes Merritt, age 15 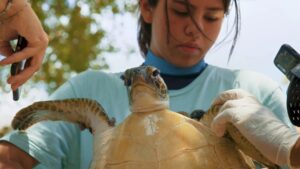 Julieta & the Turtles in the Plastic Soup

This film follows a young and relatable teenage girl who is fighting for the health of turtles and the elimination of pollution on her home island. This story not only stresses the importance and relevance of problematic climate change and pollution but shows all of us what we can do to reverse it. 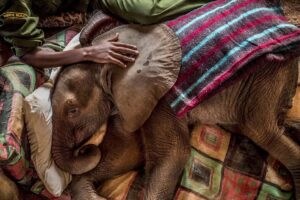 Shaba is a sweet, heart-warming story about elephant rescuers and the elephants themselves that shows you really can do anything when you put your mind to it. –Caroline Merritt, age 12 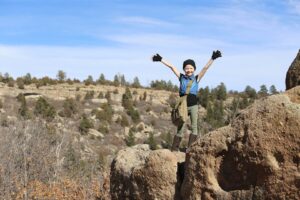 My favorite part is when her brother saves her. I love my brother! –Miller Sheedy, age 5 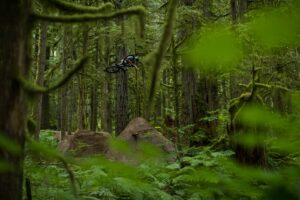 This is Home: Jackson Goldstone

Join young ripper Jackson Goldstone in his hometown of Squamish, B.C as he rips big jumps and rides trails with style, dreaming about his favorite sport; mountain biking. Watch the film to witness the magic that Squamish offers, and all that Jackson is capable of while behind the handlebars. –Lilah Lerner, age 17 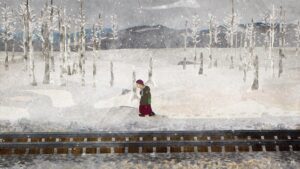 Inspired by her father’s experience of his Canadian Indian Residential School, the filmmaker from the Stellat’en First Nation animated this beautiful story to make sure we remember the past so we don’t repeat it. –Jake Martin, age 17 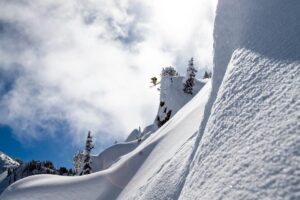 For Alta professional skier Madison Rose Ostergren, big mountain skiing is a form of personal expression — not to be squeezed into a specific mold. Her determination to show up as her true authentic self, despite pressures from the outside world, is nothing short of inspiring.

The essence of Hokkaido skiing is as pure and unique as each snowflake that falls on this Japanese Island. 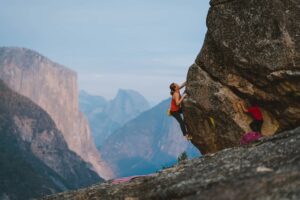 Professional climber Beth Rodden is one of the most accomplished athletes in the history of her sport. Despite the many accolades she received, the magazine covers that sported her face and the bragging rights she carries for multiple first ascents, Rodden’s struggle with body image and self-loathing nearly crippled her career. This is the story of her transformational journey to self-love, grace and acceptance, one that was accompanied by a rejuvenated love of rock climbing.

Stories of You and I

Starring Academy Award-nominated Jonathan Pryce, Stories of You and I is a series of love letters to the Earth and a plea for environmental justice. What feels like universal memories of moments with the natural world, are director John Davies’ recollections of a lifetime spent in love with nature. Alongside Davies’ true accounts and personal anguish over the environmental crisis are striking images of the wild that emphasize what is at stake. 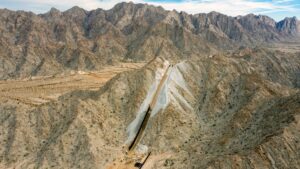 When wedding photographer John Kurc decided to spend a few days between assignments exploring the borderlands of southwest Arizona, he had no idea he would spend the next eight months documenting the devastation of the desert ecosystem created by the construction of Trump’s border wall. In the blitz to build the barrier as fast as possible, the administration ignored 47 laws that protect bears, deer, jaguars and javelina roaming the mountains in both the U.S. and Mexico. In addition to being a failed re-election campaign prop and racist monument, the wall also inhibits wildlife migration, putting 70 vulnerable plant and animal species at risk. 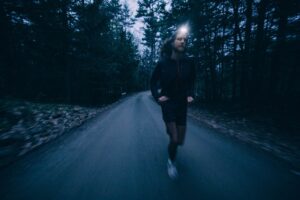 Rural Runners is a short film about finding purpose and common ground in rural America as Chloe Maxmin makes a bid to be the youngest woman in the Maine house of representatives and Canyon Woodward balances his lifestyle with running rural trails and political campaigns.

FEATURING A LIVE Q&A WITH CANYON WOODWARD AND CHLOE MAXMIN 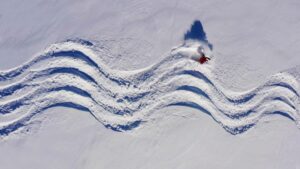 Through years of simple living, David Van Dame spent over 35 years of his life dedicated to chasing turns in the Cottonwood Canyon and harvesting powder.

This is Home: Jackson Goldstone

Join young ripper Jackson Goldstone in his hometown of Squamish, B.C as he rips big jumps and rides trails with style, dreaming about his favorite sport; mountain biking. Watch the film to witness the magic that Squamish offers, and all that Jackson is capable of while behind the handlebars. –Lilah Lerner, age 17

DeVaughn is a 15-year-old kid from New York City who loves skateboarding and craves a “quiet place” to escape the chaos of his home, the city, and kids that steal from him. The film follows DeVaughn on a weekend-long group camping trip with Camping to Connect, a BIPOC-led mentorship program that teaches leadership, brotherhood, and inclusion in the outdoors. One leader states, “these kinds of conversations are rare for men that look like us,” and as the film weaves between the city and the woods, a place that is unfamiliar and historically inaccessible to these kids, we witness the joy and growth that is possible when kids have an opportunity to find that “quiet place.”

This is totally a kids’ film. Kids love the internet and the internet loves skiing. This time, watching the internet helped Ben get outside and write his own “ski” line. –Zoe Cooper, age 10 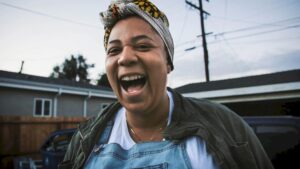 Caliefah is a single mother, home gardener, soapmaker and after attending classes for over 13 years, a recent college graduate. Fully recognizing her family heritage and community, she is the personification of pride, resourcefulness and spirit. She leverages the skills learned from her elders to provide for her community, and in return, her community supports her in unfathomable ways. Caliefah was filmed during Juneteenth 2020 in South Los Angeles at the height of the Black Lives Matter movement. 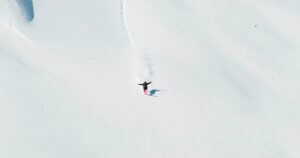 Skier Sam Favret embarks on an adventure of epic proportions, traversing the slopes of a closed ski resort on a majestic bluebird day. Moulin takes us on a cinematic aerial and symphonic journey as we are enveloped in powerful skiing and the complete unreality of such a serene landscape.